What between my health and the dreary weather …

I haven’t been getting around much. I haven’t been doing an awful lot of anything except sleep. I told the doc, and he said “Fine; that’s pretty much what you’re supposed to be doing.” So I haven’t been feeling too guilty about not being more active, though I have noticed that I seem to have a touch more energy than I have had for a while.

The weather has been beastly … not all that unpleasant, mind, but pretty uniformly dull grey … not in the least interesting; in fact, actively boring. Typical of weather in this area at this time of year, actually … it’s known as one of the cloudiest places in North America.

BUT … I did get one rather interesting exposure, and, having so little to work with, I “fiddled” with it a
bit. So here it is; the first as taken, and the second I “duotoned” it a bit: 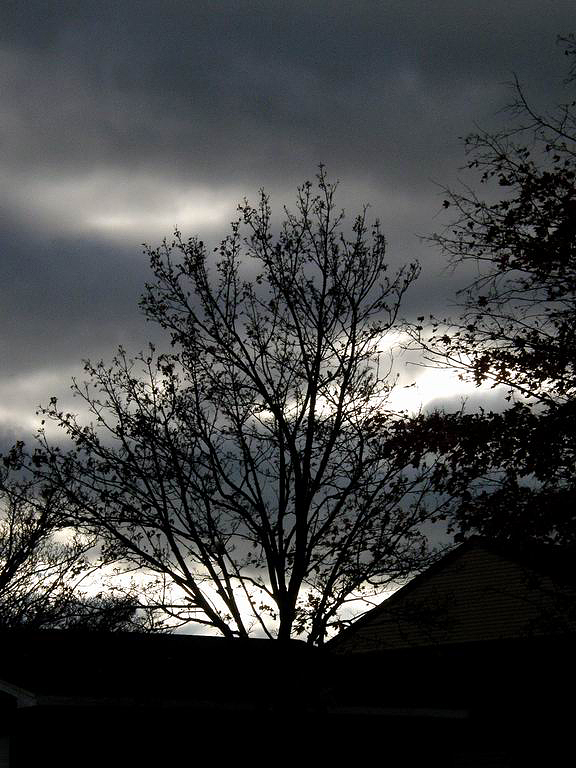 And that’s about it … I must say that I appreciate you folks hanging about and asking how I’m doing … it’s comforting to know someone cares, for one thing … and also appreciate feeling a bit more alive, however dreich the weather’s been. (I especially dislike it when it’s very damp and above freezing. It’s a nightmare getting the car to start.)

Posted by derwandersmann on December 18, 2014 in Uncategorized

In response to inquiries

Well, folks have been asking after me for some weeks, now … It started a few weeks ago with Miska asking if I was all right, and then Eva. Eva’s the only one who’s gotten a straight answer, mostly because Miska asked too early, when I was feeling fine. I thought I was going to get through all this with only a minor inconvenience, not worth mentioning.

By the time Eva asked, I was definitely feeling a little punk. And now it’s worse, so I might as well ‘fess up.

It all started last spring/early summer, when my urologist summoned up the temerity to stick her finger up my butt … not an action I’d accept from just anyone, you understand. She became alarmed, and rushed out of the room to the computer. She came back, finding no record, and asked: “When’s the last time you had a colonoscopy?” “Never,” I replied, and she said “Why not?” I said that it had never particularly appealed to me, and she scheduled me one, tout de suite.

I really expected nothing but false alarms from it all, and was unpleasantly surprised to find that my expectations were not to be fulfilled. Needless to say, after several peerings into my nether regions by assorted strangers (I hardly knew them!) , the conclusion was reached (I really don’t know whether they took a vote, or the conclusion was unanimous), that I had a medium-sized cancer in a place that I could not ignore.

The course of treatment decided upon was a series of 30 daily blasts of high-intensity X-Rays (for each of which I had to travel 10 miles to and 10 miles from), and a regimen of 3 pills in the morning and 3 pills in the evening of a total of 1500 mg twice/diem of a substance called capecetabine, which, as far as I can determine, is intended to destroy the lining of the intestinal tract.

I am now finished with both the radiation and the chemotherapy (I thought therapy was supposed to make you feel better!), and am in a waiting period for my body to recover, the radiation to take effect, and some other perfect stranger to look up my butt (What gets these people into this line of work, anyway?) and see whether and how much additional work needs to be done. If I hear “We’re going to have to blast!”, I’ll know I’m in real trouble.

But in the meantime, I’m sitting, lying, anything that’s a little comfortable , hoping and assuming that these weirdos know what they’re doing, and that I’m getting better.

I find that liberal applications of single-malt anæsthetic, taken internally, have a tendency to smooth out the bumps, as it were, and make life bearable. As a side-note, I managed to find out how to copy a French DVD into a computer file (AVI), keeping the subtitles (Jacques Tati’s Mon Oncle). That’s ONE accomplishment, at least.

So, now you know why I’ve been a bit quiet (aside from my natural shyness) during the past few weeks. It’s been because I’ve been having so much fun in RL. I feel like I’ve been rode hard and put away wet … now I know what “The Shootist” felt like.

I think I’ll go have some pickled herring and a wee drappie o the auld sod.

Posted by derwandersmann on December 10, 2014 in Uncategorized

Observations of the nature that surrounds us