These were all shot on the little Oly, which was then put aside and forgotten for a bit … well, a biggish bit … until I looked in the card and found a few that looked pretty good.
So, I’m putting them up here.
The first is a shot of ol’ Fuzzybritches, relaxing on the couch. I thought the colours worked nicely together: 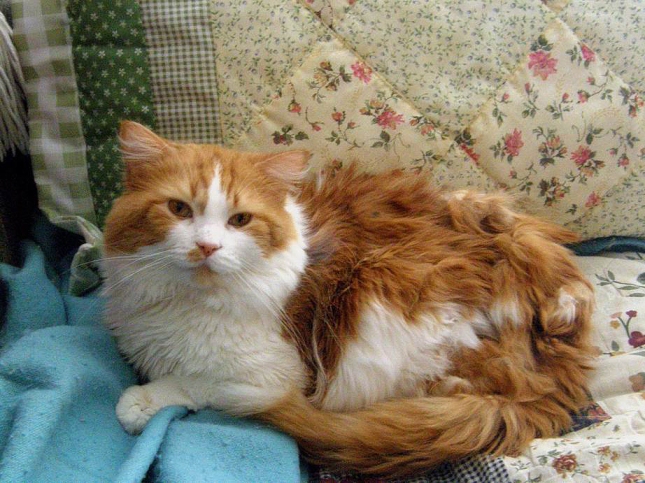 And this is a series I took from the carpark of the hospital, while I was waiting for a friend to pick up a ‘scrip from the pharmacy … I was interested in the cirrus clouds, which were a little unusual: 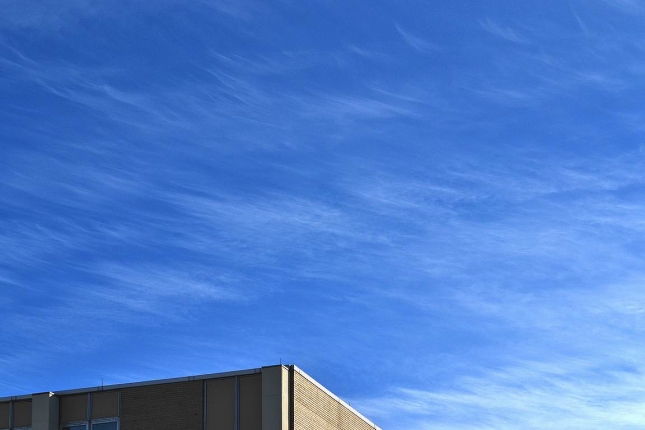 That round thing is a sort of porte-cochère for the hospital main entrance.
Here it is, closer:

And this last pair is a left-over from the icicle series, where I used the 504 mm zoom to get a closeup:

And that’s the lot … at least they’re not too far out of date! LOL
Cheers, folks! Take care …

Posted by derwandersmann on March 30, 2014 in Uncategorized

A couple of shots later in the rainy night …
The glass door downstairs into the court, lit by a big ol’ Na-vapour light:

A shot of the gas station-cum-shopping mall across the street: 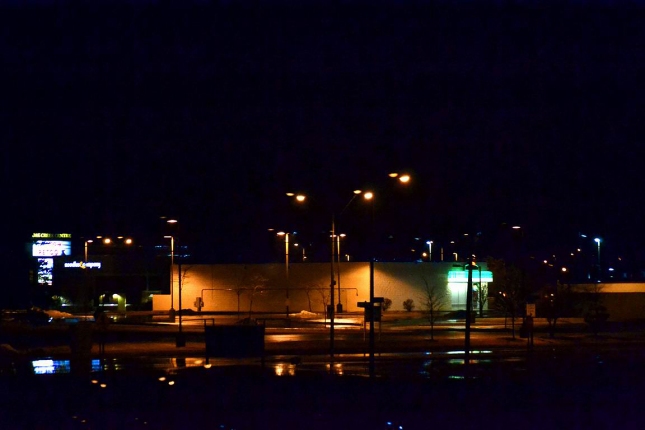 An appropriate musical posting here would be Gordon Lightfoot’s I Love a Rainy Night. Unfortunately, I don’t know how to post it.
Anyway, I love a rainy night.
Cheers, all!

Posted by derwandersmann on March 28, 2014 in Uncategorized

… but at least it’s not snowing.
I never thought I’d be so glad to see a rainy day.
Cheers, all!

Posted by derwandersmann on March 28, 2014 in Uncategorized

And now for something completely different …

Well, it’s starting to warm up a bit … it’s supposed to hit 50°F today, and in the 40°s tomorrow. Then a couple of days below freezing, and back up again. I suppose we could call it “Spring breakup”, as they do up in the Canadian shield.

As usual at this time of year, our main worry changes from snowstorms to flooding … local, of course, but no less damaging, if it happens in your neighbourhood. I’ve seen many years when perfectly well-built homes had their foundations eroded, and a couple of years ago, the flooding was so bad in the centre of the state that the mass of water broke out of a prominent recreational lake, through a highway, and drained the lake. Took many months to get things sorted from that, and several large home were totally destroyed.

Any road, I was out on a mission a couple of days ago, and on my way home, I rode through the park, and found these:

The ice breaking up on the Lake is visible (well, kinda) beyond the trees. 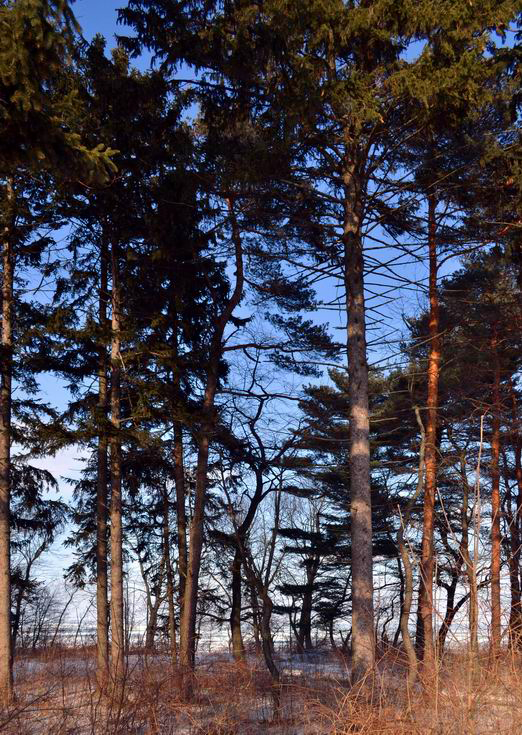 In this one, the Lake is more visible: 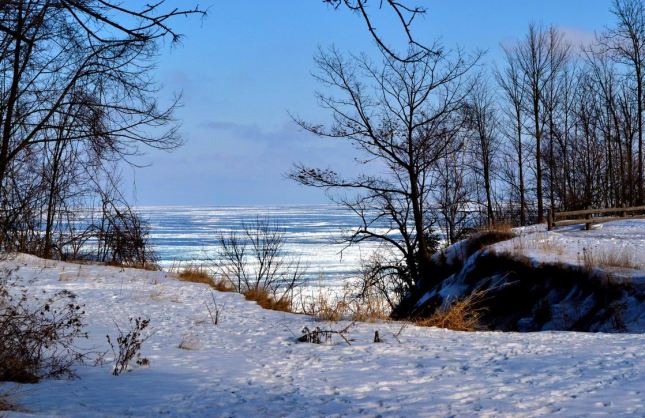 And that’s about it; a sign of hope, for sure!
Cheers, all!

Posted by derwandersmann on March 10, 2014 in Uncategorized

The following post may be rather long, so be forewarned. It shows the icicles on the soffit over my window during the course of several days, in varying lights and stages of formation. It begins on the day following my post (below), “A follow-up to “Looking through my files …”

… and I was right; it IS gone … well, for all intents and purposes: 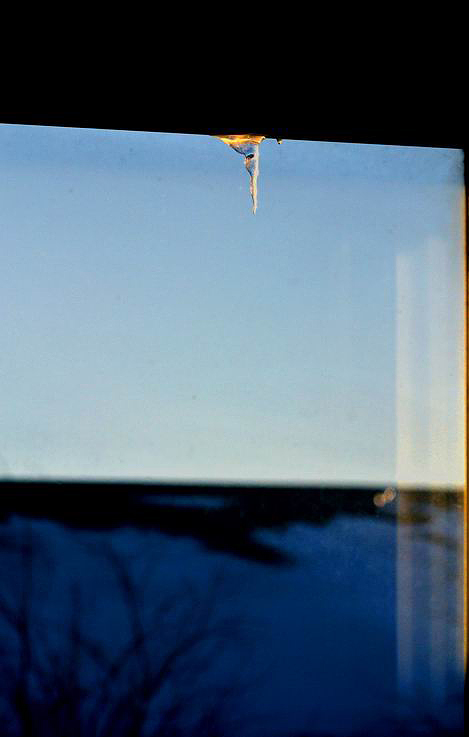 But conditions were such that I got some very pretty frost flowers on my bedroom window. I shot a couple of frames:

But later in the day, the sun was full up, and evidently the roof was receiving enough heat to get the snow to melt, but it was still plenty cold, so it began to build a new, big icicle even as the meltwater was running off the roof … you can even see the falling drops: 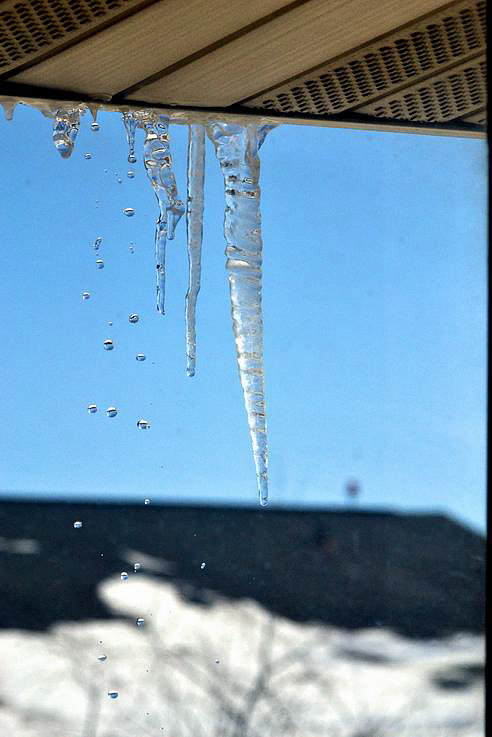 By that night, it was pretty big, and the residual heat from the sun was gone. It was solidly frozen, and I got a shot of it illuminated by the big sodium-vapor floodlight across the court: 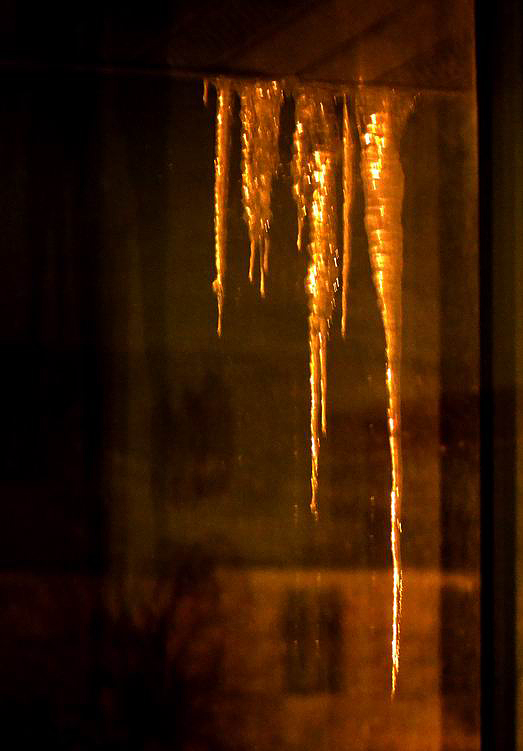 The next morning was grey and cloudy, so there was no sunlight, but it shows really well against the leaden sky: 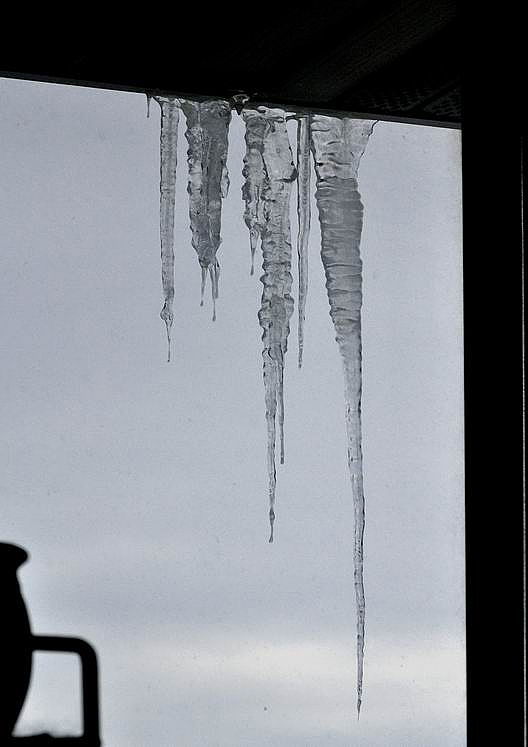 It never really changed, all day … no sun makes a dull sort of picture, but the next day dawned about the same. I decided to show the building across the court, just to give a certain amount of perspective: 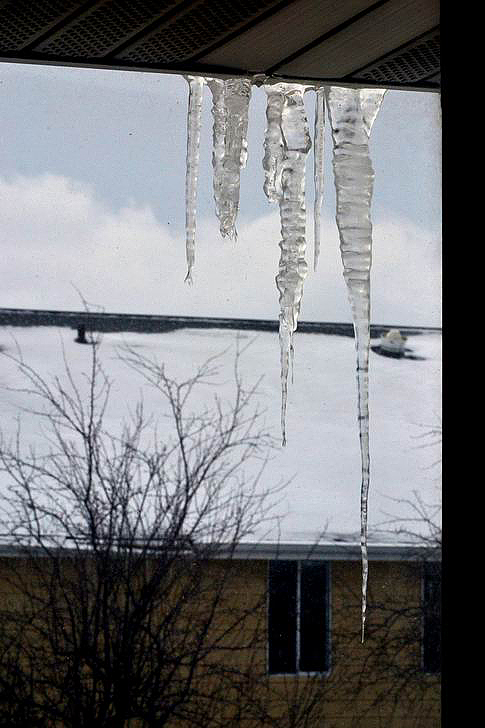 The day progressed, and the skies had a bit more interest than the day before. Who knows? Maybe it will clear.

Just before dusk, I shot another: 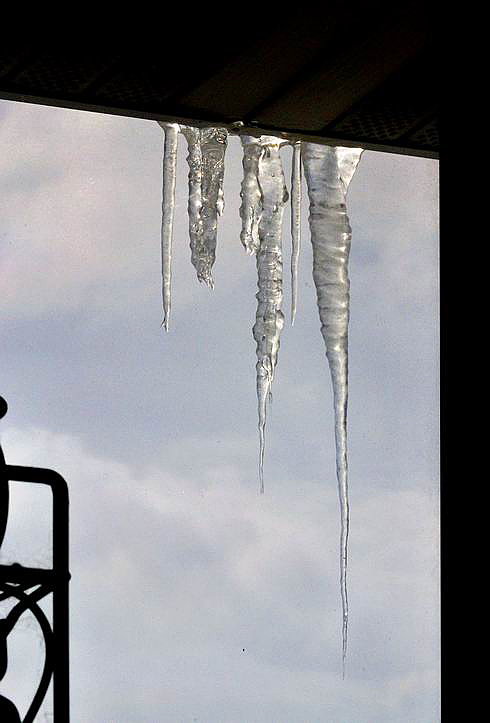 Sure enough, the next day showed definite signs of clearing. This is before the sun was fully up:

Here we go! The sunlight is beginning its creep down the length of the icicle. It’s a steady progression: 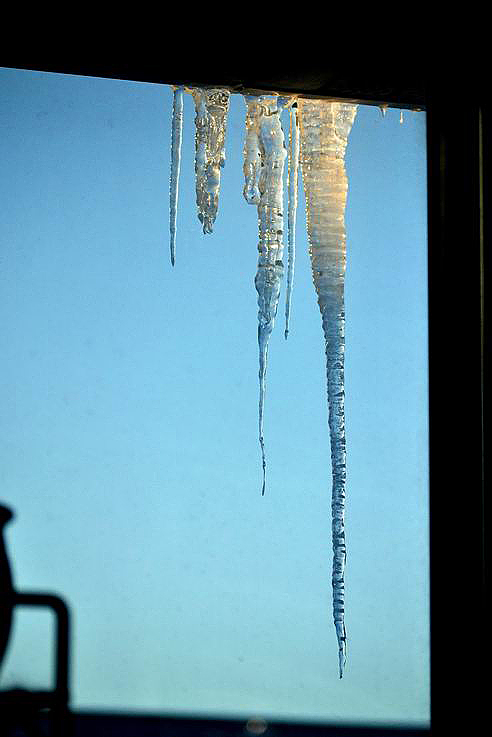 Fully illuminated, it almost glows with the sunlight.
It might be a good time, now to look at this thing a little more closely:

It’s interesting to see how this ice formation bears the same marks of its formation and growth as do the dripstone columns in limestone cavern complexes, which isn’t really strange, because they form in the same way. Only the time scale is different.
Well, the day was slated to be a warm one, and I was out of the building for a few hours, attending to errands and such, It was very pleasant, but when I got back, this is what I found:

Sigh!
Well, at least it’s getting warmer …
Cheers, all!

Posted by derwandersmann on March 9, 2014 in Uncategorized

A Little Bit of old MyOpera, and a Salute to a Friend

This is Allan Vestergård Nielsen, an excellent photographer and a great friend. He passed away on February 1, 2010, and I miss his gentle decency every day. We never touched hands, but he touched my heart. I raise a glass of Gløgg to him, wherever he is, and I’m sure that many of his MyOpera friends will do the same.

Posted by derwandersmann on March 2, 2014 in Uncategorized

Observations of the nature that surrounds us