… and I reckon they're right, but there's been reasons … I reckon I should start at the beginning …
I've been clearing this place out. When we moved here, 5 years ago (almost 6, now), we had to flee our foreclosed house … we had received word that we could move in here, but we only had less than a week to do it in. Not much time to do any sorting, so we brought everything we could, and crammed it, willy-nilly, into this 2-room apartment. That's stuff from a 3-bedroom house, with full basement and 2½-car garage full of stuff that not only had we accumulated over 2 lifetimes, but 30 years in the same house … all into two moderate-sized rooms. Naturally, we did manage to get rid of some stuff before moving, but it was pretty bad. We shoved things around so that we could live in it, and kept pondering whatinhell to do about all of it, for about 3 years. Then … Gwen died (our daughter; there's an earlier post about it), and we had another houseful of stuff, all of which meant a lot to us. YAAAAAAHHH!!!!

So, there we were. Then some senile gal down the hall managed to set her place alight … put something greasy on the stove and walked out, forgetting it. Alarums and diversions galore! And one of the chaps who attends to the place came in and told us that we had too much stuff and it was both a fire hazard and a safety hazard. He was right, of course, so he was a "blessing in disguise" as they say. The gal who burnt her place up had to move, and her place gutted and rebuilt. Before the fire, her place was worse than ours … looked like one of those recluse's apartments that one reads about in the newspapers (remember newspapers?). A few other folks got similar ultimata, so we weren't the only packrats in the place.

We've spent the last 4½ weeks, 24/7 (well, almost) getting rid of stuff … stuff that, in more comfortable surroundings, we would have kept and treasured. The worst part, for me, was the inevitable depression … it's like giving one's life away. One must admit to oneself that one is too bloody old to maintain the ambitions to do this or that in one's lifetime, and then get rid of the stuff that one has been saving for whatever that thing is. And then there is the grim knowledge that there is no longer anyone to carry on the torch, however modified it might become … Gwen had a brain like mine, and we always knew pretty much what the other was thinking. Charlie is a good kid … a damned good kid, but he's a Philistine when it comes to the finer things in life, so there's no one. Sigh! It's kinda like dying before one is dead. It will fix itself, I'm sure … I never am conscious of my psychological healing processes; they go on inside, with no apparent direction from me, but sooner or later, I'm OK. So, this, too, will pass.

So … today, except for vacuuming up the place, I'm fucking done with all the crap … it's as done as it's gonna get. If the guy doesn't like it, I'll move out … stepping over his dead body on the way.

And … sorta in celebration, I went out for a bit of a drive, for psychological reasons, if no other … and GUESS WHAT? … I brought my camera ("Oh, no, here he goes again", I hear from the audience, accompanied by stifled groans.)! I wound up at the little local beach (where else?) toward evening, and the weather (I must say that the weather here, for the past couple of weeks, has been nothing sort of spectacularly beautiful. It's just been my hard luck that I haven't been free to get out in it, except for a few trips to the local charitable organisations, to donate stuff, and to the big dustbins outdoors, to dispose of other things.) and lighting were exceptionally good. I shot a few pictures (Well, DUH! Who could have guessed?), and I'm presenting a few of them here, because I wouldn't be myself if I didn't. (I hate being someone else!) 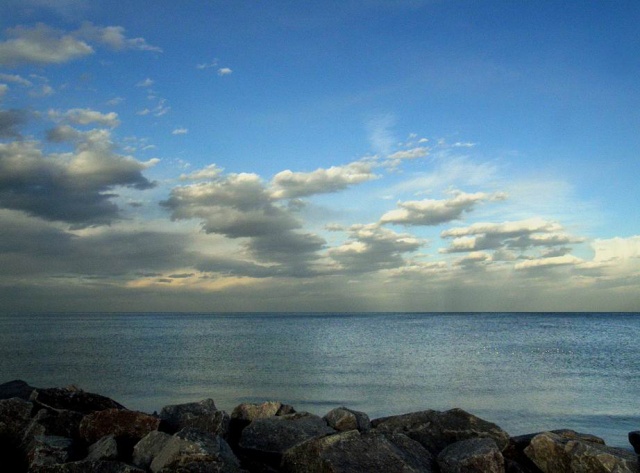 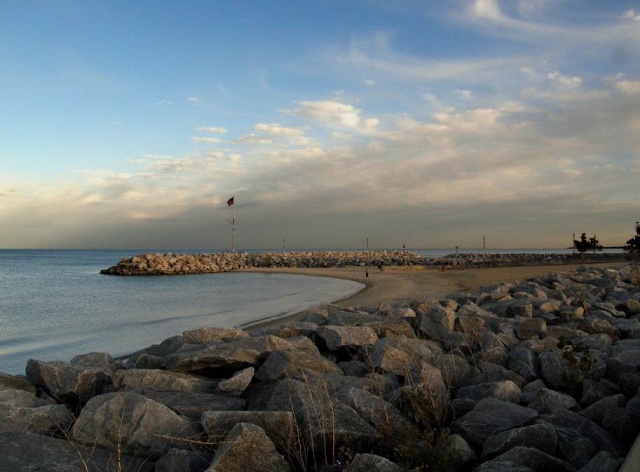 That's enough for now, I think. Hope you like them.
Cheers, all …

Posted by derwandersmann on October 22, 2010 in Uncategorized

Adventures in the wilds of England by Adele Brand

Photo of the Week or Thereabouts - A compression of our days. Sometimes just a theoretical snapshot.

Sam from Asagaya
Tapping Away in the Middle of the Night